The History of The Lodge at Summer Lake
The site of the Lodge at Summer Lake was the campsite of early campers and pioneers in an area where native americans left their petroglyphs, arrowheads, and a pair of ancient sandal's as a few reminders of their presence in this south eastern part of the High Desert.  Located at the foot of Winter Rim,  and  across from the Summer Lake Wildlife Viewing area, The Lodge at Summer Lake has been the campsite of ancient campers, early pioneers, and the historical figures who named the lake and mountain close to the property. Visited in 1843 by Captain John C. Fremont  and his mountaineer guide Kit Carson, the mountain that towers behind the lake was given the name Winter Rim. The lake at the bottom of the mountain was named Summer Lake. Captain Fremont's notations for why he named these geographical areas as such are stated in his own words:
"At our feet...more than a thousand feet below...we looked into a green prairie country, in which a beautiful lake, some twenty miles  in length, was spread along the foot of the mountain...Shivering on snow three feet deep, and stiffening in a cold north wind, we exclaimed at once that the names of Summer Lake and Winter Ridge should be applied to these proximate places of such sudden and violent contrast." (Captain John C. Frémont, December 16, 1843, Report of the Second Frémont Expedition).
The Lodge at Summer Lake was built in the late 1940's, by Frank and Ruth Graves, who opened for business in the fall of 1947.  In 1994 the property was sold to two enterprising couples, Gil and Jan Foust, Jan's brother Gary Brain , and his wife Marie. They have successfully continued to operate the Lodge and Restaurant in the fine tradition of their predecessors, and have updated the hotel, added new cabins, and renovated the dining room and  kitchen. They are always busy with maintenance, landscaping, and other chores, and they plant their own garden in the Spring, harvesting the fresh vegies for their restaurant fare.
Come by and enjoy our little slice of paradise!
The Lodge Story 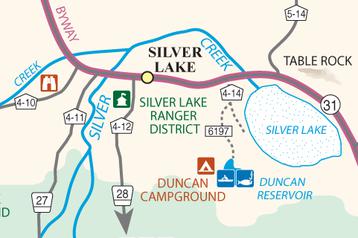 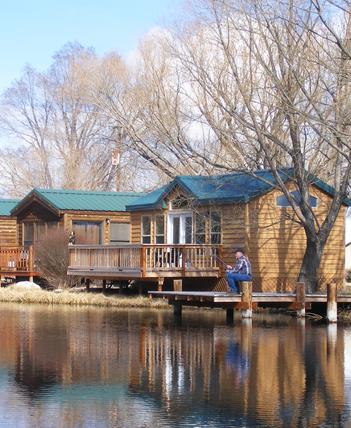